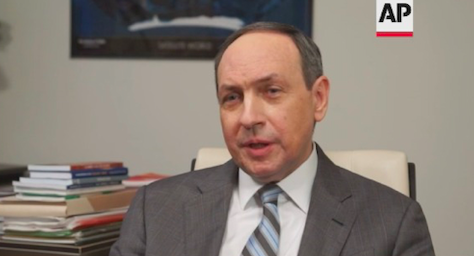 “I would expect detoxication of the relationship. By far it was toxic for any American leaders, (for an) American politician to talk with Russia. Remember the troubles of President Trump? Video shows that it’s not too toxic to talk with the Russian leader and that might detoxicate (meaning detoxification) the negotiation process in the other areas.”

“As for possible achievement of the meeting , I would expect possibly some steps in resuming mechanisms of negotiations on arms control because that worries America. Russia is ahead, maybe well ahead, of the United Stated and qualitative aspects of strategic weapons. There is no question about it. And America may be interested in limiting Russia’s superiority in that”.